The Gibraltar Classic Vehicle Association was born in 2001 out of a group of classic car enthusiasts who met regularly and decided to start a formal association in the pursuance of enjoying classic vehicles and its associated lifestyle and challenges. It is a club for all Classic enthusiasts. We have about 100 members and about 145 vehicles. We recommend you join our association or at least our Facebook group in order to receive the latest updates and participate actively. We look forward to motoring with you!

We’ve caught up with the 21st century and now we are pleased to say all Membership applications are now ONLINE ONLY.

To apply to become a member please complete the form at the link below. You application will be quickly considered by the committee.

If your application is approved come back to this page and at this second link below we will collect payment details to automatically set up your membership subscription via direct debit.

https://pay.gocardless.com/AL0002A9XRZEEX
Once we have verified that you have set up the payment you will receive an email confirming your membership and we will post you your membership card.
Best Regards,
GCVA Committee

POSTPONED: The 19th Gibraltar International Classic and Vintage Vehicle Rally From 16th May 2020

Due to current affairs affecting the world at the moment we have had to postpone the upcoming International Rally. We hope to host it later on in the year or sadly even have to skip a year. More details coming soon… 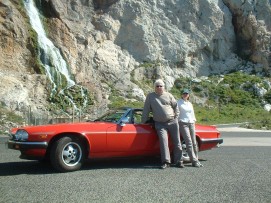 It is with great sadness that we learned this morning that our dear friend Howard succumbed to a short but devastating cancer.

Howard was a stalwart of the Gibraltar Classic Vehicle Association. It is only now after he asked other committee members, because of his illness, to relieve him of his chairmanship and workload that we have become fully aware of the effort and hard work that went into his beloved club.

It was not just hard work. Howard legacy is a thriving classic car movement in Gibraltar. It is hard to quantify the pleasure he brought to the tens of thousands of visitors to Gibraltar who were pleasantly surprised, on arrival, to see one of the club’s classic car displays in town. It’s an icon that he created.

Howard was not satisfied with his achievements in the local classic vehicle scene. In 2013 he spearheaded the move to get the GCVA (Gibraltar Classic Vehicle Association) accepted as a full member of FIVA, the international classic vehicle federation. At the 2014 General Assembly of FIVA the GCVA was accepted as a full member. Howard was not one to rest on his laurels and he was soon lobbying to join FIVA’s General Committee. He was soon elected Vice President (Membership) with characteristic modesty. However he was still not satisfied and lobbied within FIVA and the government in Gibraltar to host the annual FIVA General Assembly for the benefit of FIVA and Gibraltar. In November 2018 the General Assembly was held at the Sunborn Hotel. This event attracted hundreds of delegates and spouses to our Rock.

Above all Howard was a patriot. He worked to put tiny Gibraltar’s name on the global scene. His leadership of the classic vehicle movement was just one aspect of his patriotism. He was a member of the Gibraltar Commonwealth Games Committee, a leading light as a producer and thespian of the Gibraltar Amateur Dramatic Association, also on hte Gibraltar Multiple Sclerosis Committee. In short Howard was a quiet leader whom Gibraltar, the GCVA and FIVA will sorely miss. The massive hole he leaves for Betty, his widow, and his lovely daughters Elizabeth and Stephanie will be impossible to fill. A friend, husband, father, grandfather has left us but his leadership, stoicism, modesty and commitment to his causes leave us a shining example of humanity.

John Alcantara on behalf of the GCVA Committee

Gibraltar Classic Vehicle Association has a special invite to see the only four remaining competitive Classic 15m JI yachts from 4 countries racing and then berthed in Sotogrande.
What could be more impressive?
Our Classic Vehicles displayed with the yachts, that’s what! 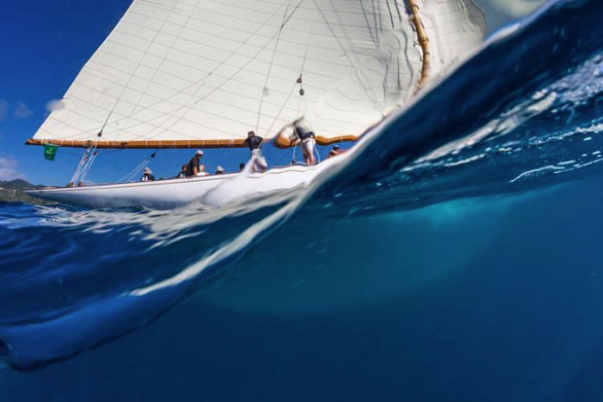 Come along on Saturday 7th July to Marina Sotogrande, with your Classic. We will arrive around 1030am and will tour the port in convoy under escort after which we will display our vehicles near the yachts. 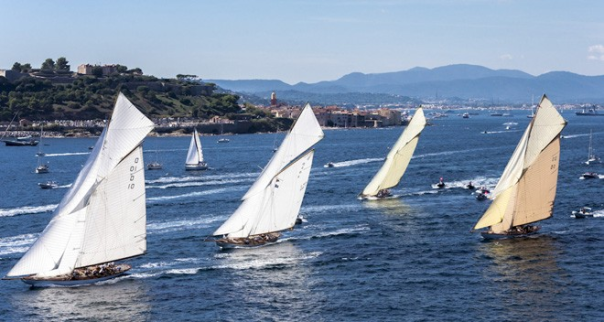 Because of the security restrictions, we will need to book cars  and drivers in, in advance and there will be no option to just turn up on the day, unfortunately.
Its a great opportunity to display your vehicle in a high profile location, with a wonderful back drop of these yachts from UK, Spain, Switzerland and Monaco.
Ideally, we should stay until 1600 hrs. 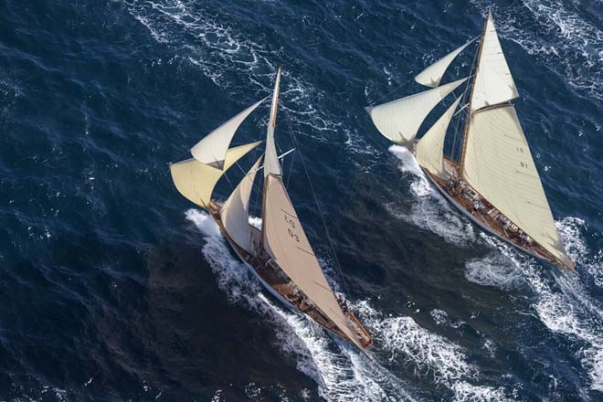 Twenty 15m JI yachts were manufactured between 1907 and 1917 and only 4 continue to take part in this competition.
If you want to see more pictures, click on this link:- www.sail-world.com/102573 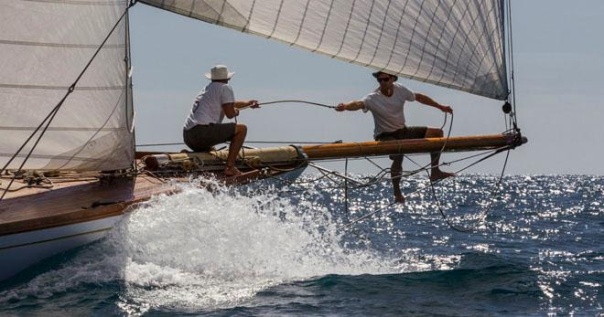 Well Guys 2018 17th International Rally over for another year. I think we have had a wonderful two days and we as a team have worked hard and the end result shows. I believe we have provided a wonderful show for local and tourists alike. A very special thank you for all the hard work. Good teamwork produces good results. 2019 is booked and we shall soon start working towards another good result. 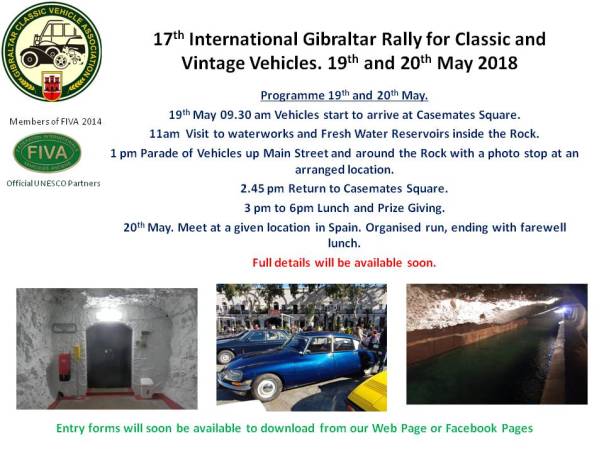 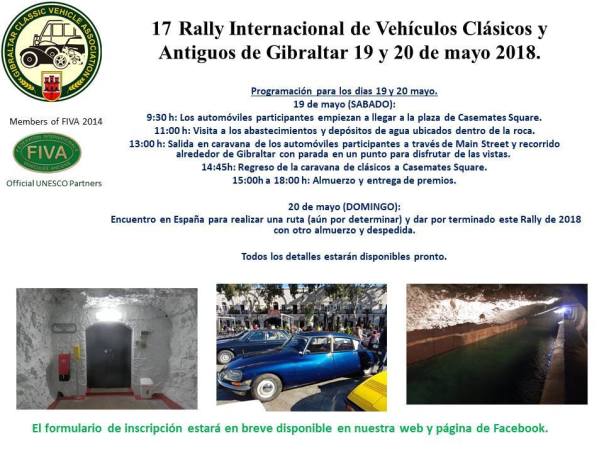 Is There a Connection Between Count Dracula and Classic Vehicles?

Gibraltar’s representatives at the Annual General Assembly of FIVA, the International Federation of Classic Vehicles held on the 15th November in Bucharest, can make that connection. Not only that but they were surprised to discover what is possibly the most stunning collection of classic vehicles in the world is in Bucharest at the Tiriac Collection.
There were some weighty matters to agree at the General Assembly. FIVA grapples with issues that affect the global community of classic vehicles lovers like for example stricter regulatory changes that threaten to take these vehicles off the public roads. As an example all classic vehicles have been banned from Greece’s roads by some ill considered legislation. Some new membership applications were discussed and voted on. Nepal and Bosnia Herzegovina  are now members. Most importantly for Gibraltar the AGM voted unanimously to hold their 2018 General Assembly in Gibraltar next November. This is an honour for Gibraltar. It became a full member just a short three years ago. The holding of the General Assembly in Gibraltar means that 300 plus country representatives with their spouses will be able to sample our warm hospitality. That’s three hundred people swarming through Gibraltar’s shops and tourist attractions for several days.
At the General Assembly GCVA President, Howard Danino was elected unopposed as Director for Membership and Internal Affairs for the next three years.
Gibraltar’s representatives were taken to visit and have dinner at the largest building in the world,  ex-President Ceaucescu’s palace and now the home of the upper and lower houses of the Romanian Parliament. The delegates were the guests of the President of the Romanian Senate. Interestingly Nicolae Ceaucescu never saw the completion of his pharaonic project. He was tried and summarily shot during the 1989 uprising that saw the end of his despotic and inhumane Communist regime.
To the surprise of most of the delegates we discovered the Tiriac Collection, the most stunning collection of classic and high performance cars anywhere in the world. Mr. Ion Tiriac is apparently Romania’s richest person and he is also an avid petrolhead. It is impossible to describe the size and quality of the collection and the photos that accompany this article do it no justice. If you ever find yourself in Bucharest a visit to the collection has to be on the mandatory list.
The Gibraltar Classic Vehicle Association now faces the daunting task of mounting a memorable  General Assembly for 2018. This will require the support of the government and the business community. I am sure next year the delegates will leave with a good impression of Gibraltar. Gibraltar may be a small country but it has a big heart.
As far as Dracula is concerned Gibraltar’s delegates were taken to visit Bran Castle a forbidding fortress built by Vlad the Impaler who inspired the author of the Count Dracula novels. They’ve slept soundly since in the knowledge that he was a fictional character! 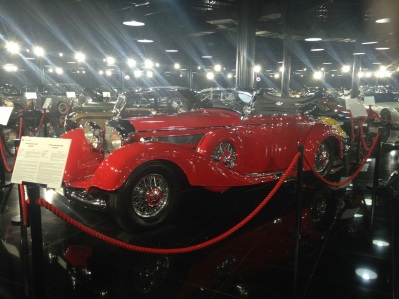 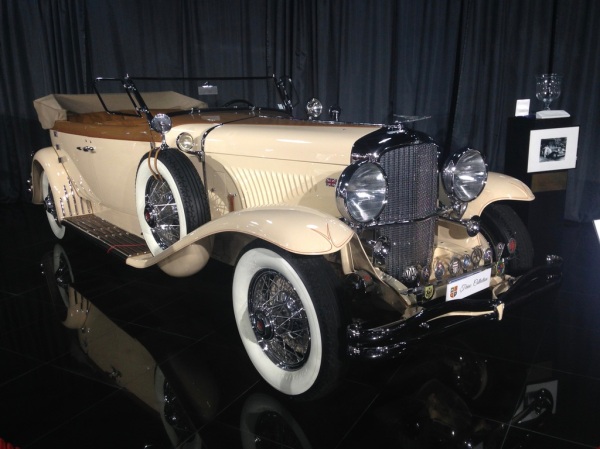 We are in the process of planning another trip into Morocco beginning of October. We are at the moment at the very beginning of the planning stage and do not have costs etc but simply an outline plan. We are putting it out just to see how many would be interested in coming.

Trip would be for 7 days probably leaving from Tarifa to Tangiers. Places to visit would be :

We will see the city of Ifran, Then the desert, from there to the City of Ouarzazat often called The Hollywood of Africa. From there to Marakesh, then to Rabat and back to Tangiers or Tetouan/Ceuta.

If you or your members are interested in participating please let me know and I will put you down in the list and keep you updated. No commitment until we have all the information.

We will be open on age of vehicles but priority will be given to Classic Vehicles with a restriction on new vehicles. 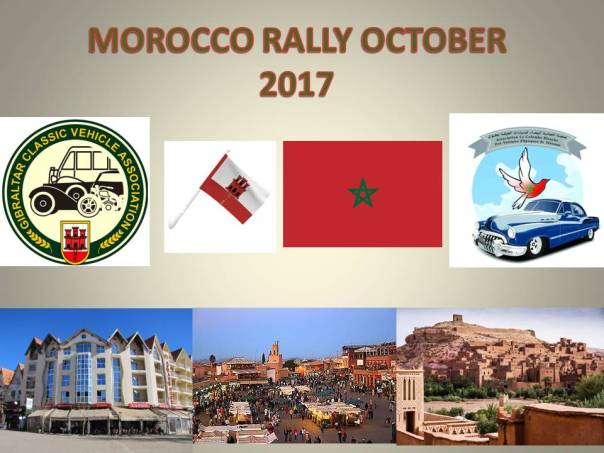